2022 in Review: Sharing My Clients’ Photos

My Year in Review series kicks off in earnest with a collection of photos from my tour clients. I had hoped to have even more to share, but with the cancellation of my spring fox excursions, this year’s collection will be limited to selections from four tours. 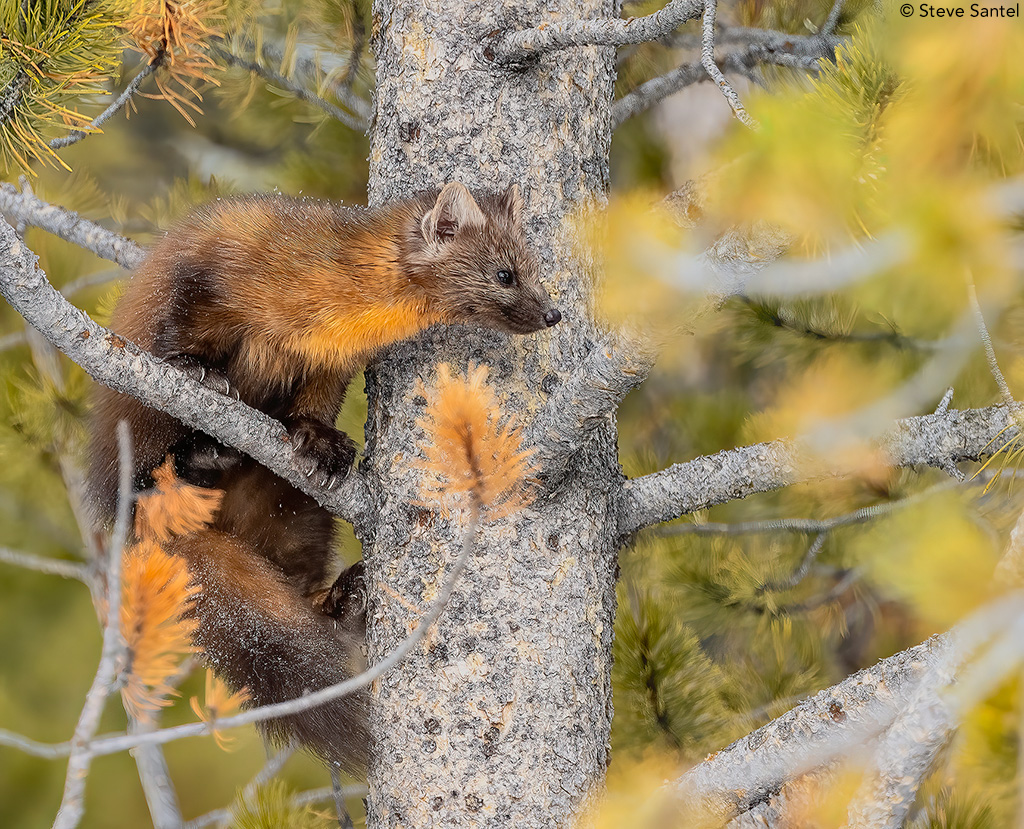 Martens are often a highlight of our winter Yellowstone tours. Steve captured a portrait of this curious youngster hanging out in a tree. 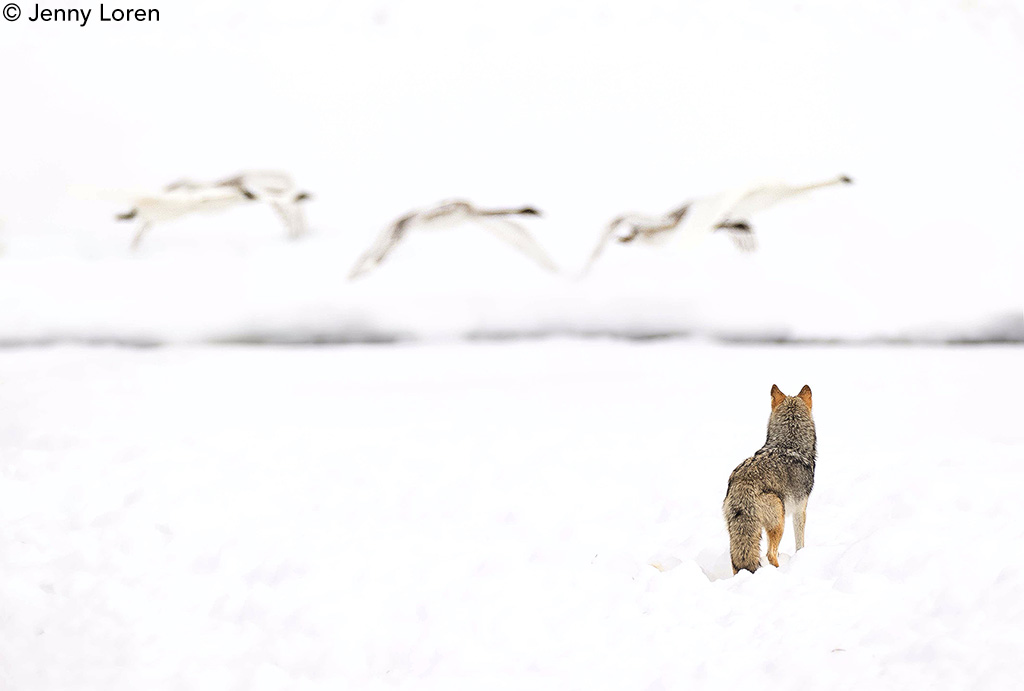 Jenny and I were standing pretty close together when we spied this small group of swans flying over the Yellowstone River. The main difference: I focused on the coyote, Jenny focused on the swans. I think her shot turned out way better! 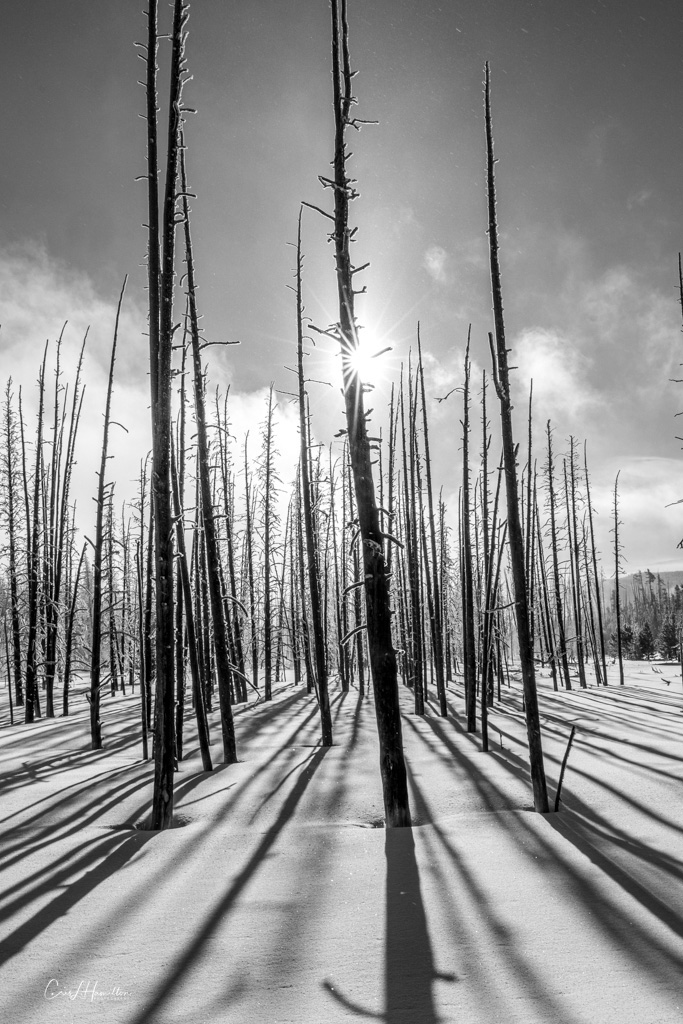 Cris did a great job identifying and capturing the sunburst at this famous stand of trees. 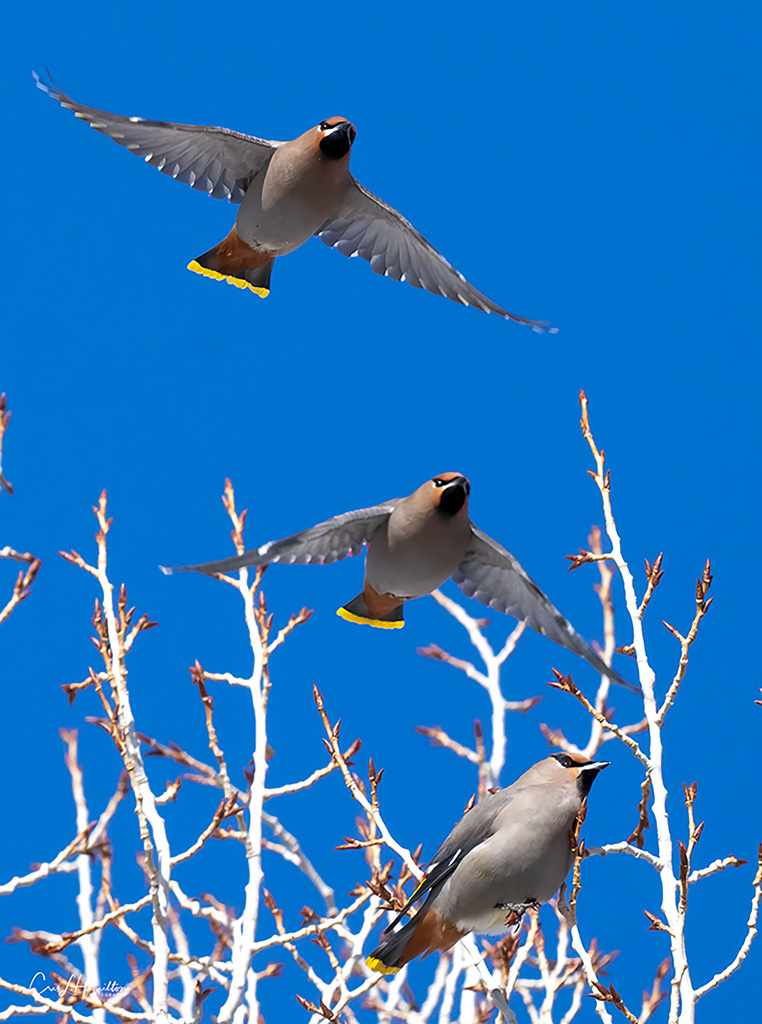 One of the surprise highlights of my second winter Yellowstone tour was a large flock of waxwings. Cris was pretty enthusiastic about birds, so I was glad we found them! 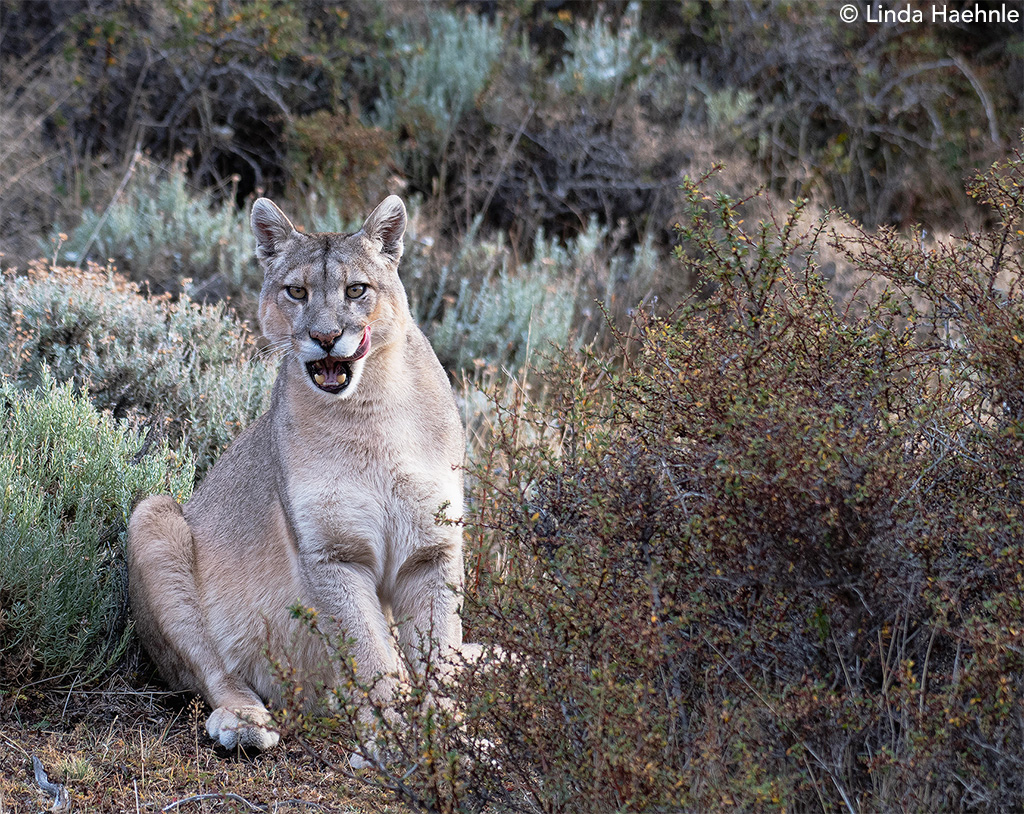 We saw several female pumas coming in to share carcasses during my Patagonia tour. This is one of the younger ones, the daughter of one of the other females (who wasn’t afraid to remind her dispersed daughters who’s boss). 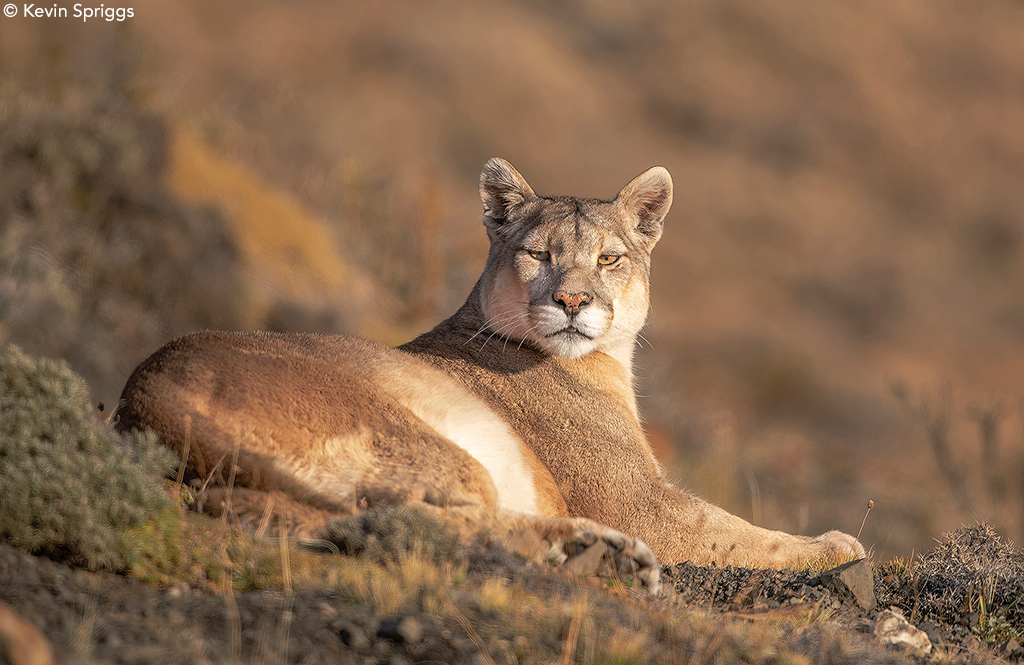 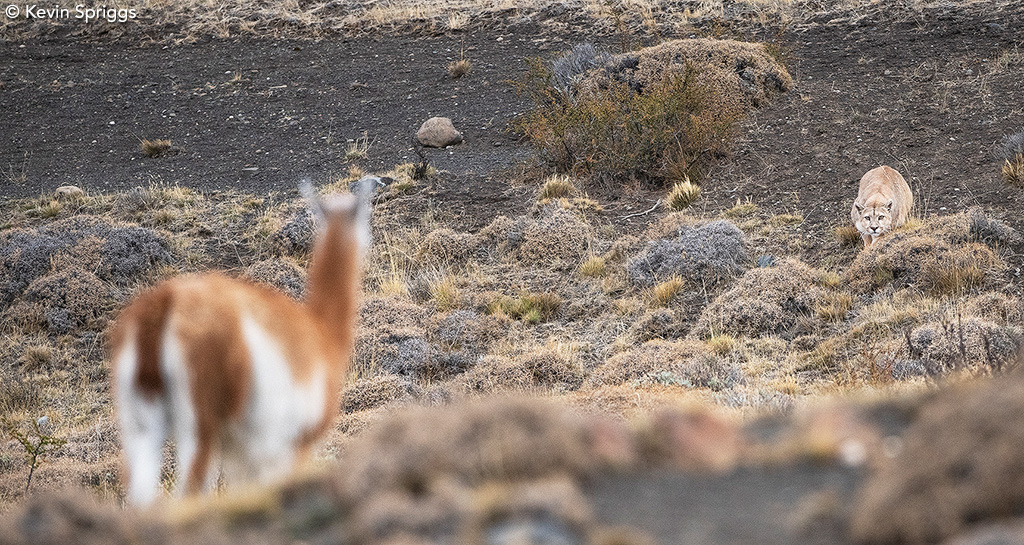 Two of the biggest highlights of the Patagonia trip involved hunting attempts. It was cool seeing Kevin’s angle on this stalking puma. 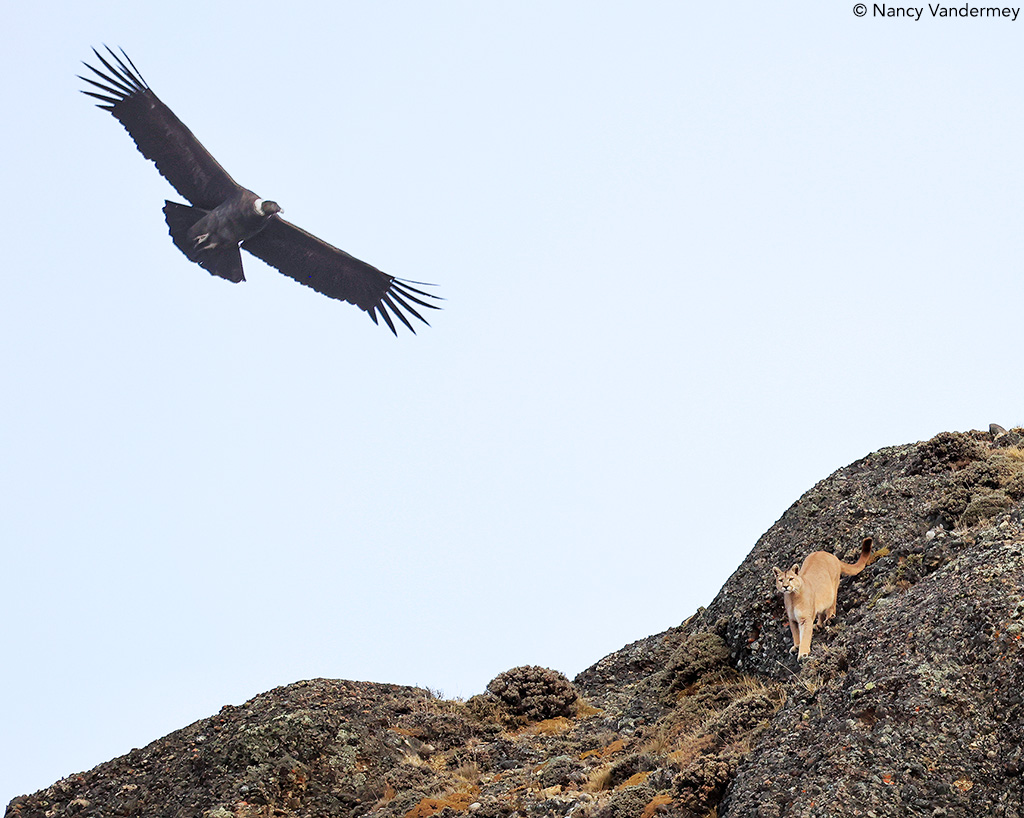 A young puma watches as an Andean Condor soars out of reach. Nancy and I were the only ones who caught sight of the puma’s attempt to actually hunt the bird (no chance!). 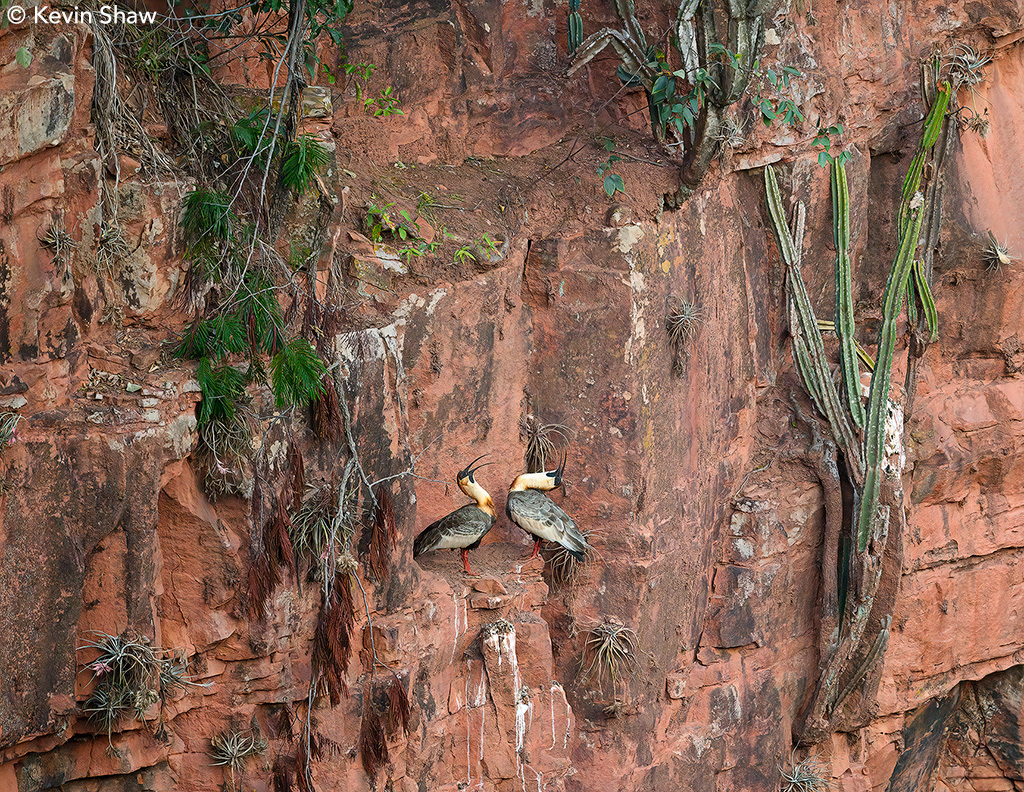 Our first stop in Brazil was a massive sinkhole that was home to several dozen macaws, but also the occasional Buff-necked Ibises. Kevin did a nice job capturing this pair showing off for each other in a cool environment. 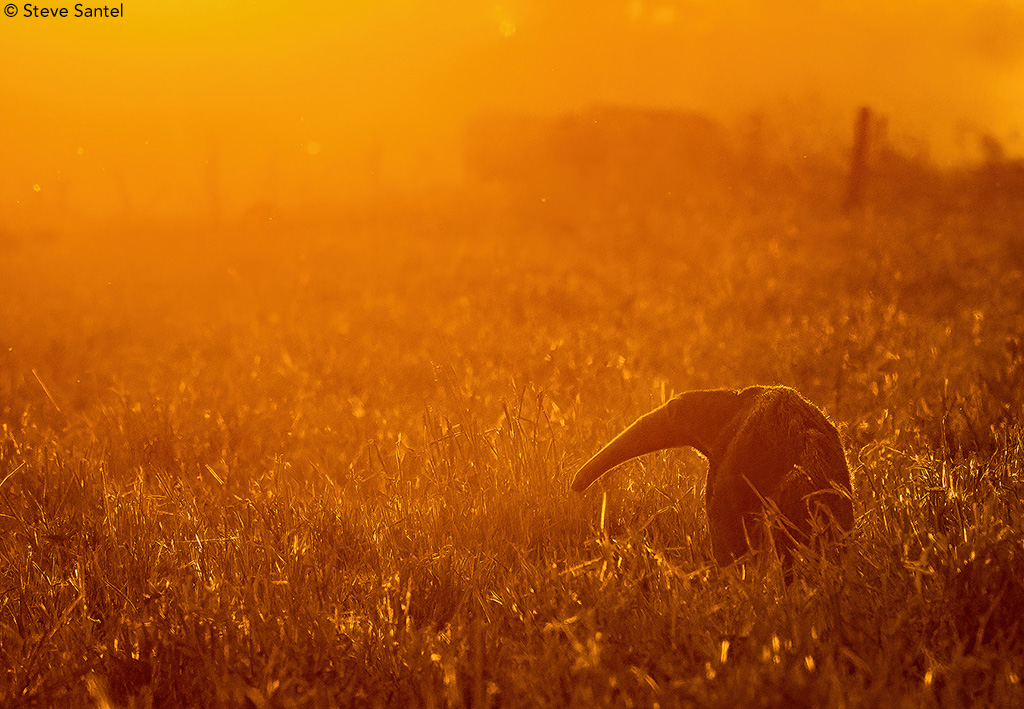 While I was busy picking up my fallen camera body off the ground, Steve was able to snag photos of this backlit anteater right at sunset. 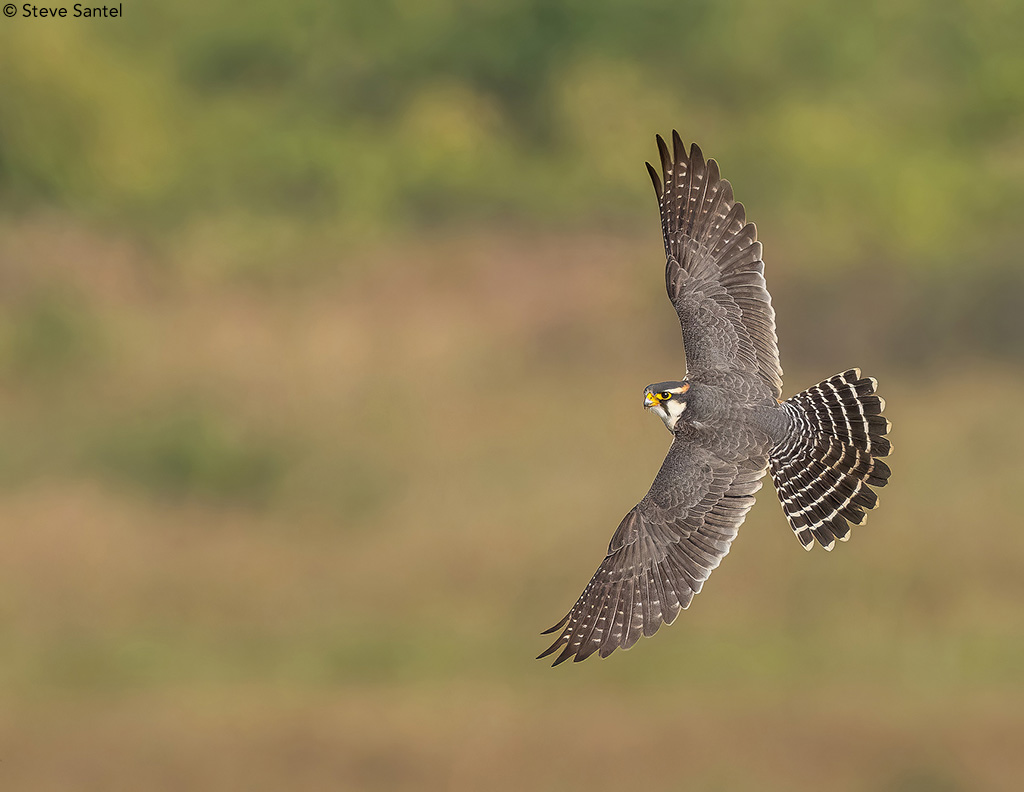 Stationed in a canopy tower in the northern Pantanal, we waited some time for this Aplomado Falcon to take off. Steve was the only one to nail the shot. 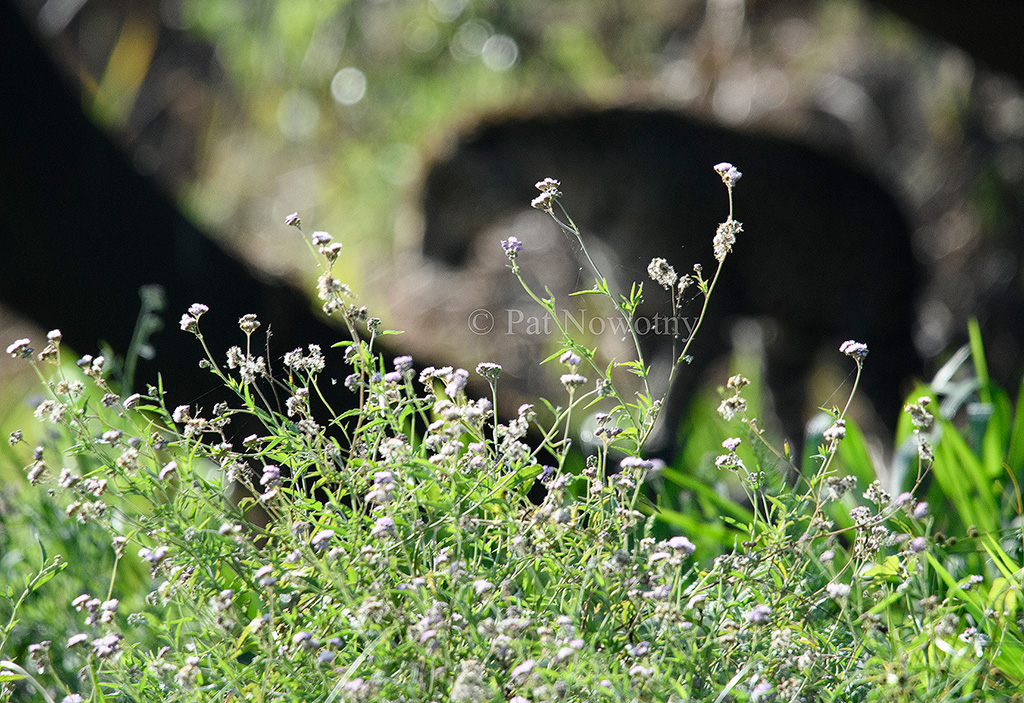 I appreciate Pat coming up with a different way to document the Pantanal’s jaguars here! 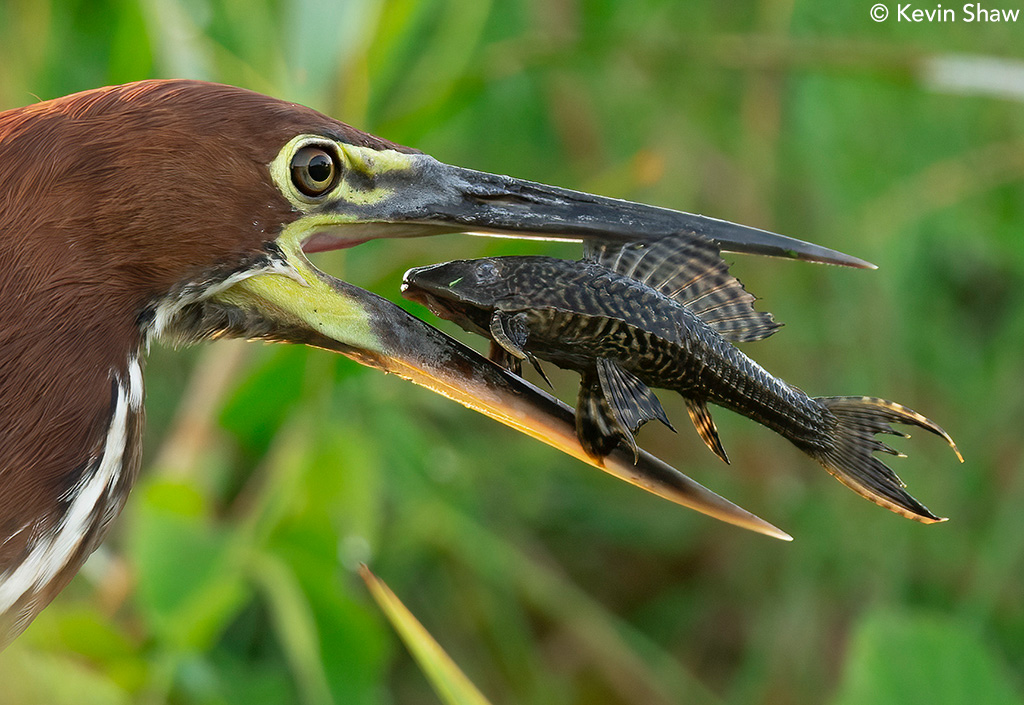 There’s so much food under the surface in the Pantanal, that it’s no wonder so many herons (including the Rufescent Tiger Heron) are adept at fishing. 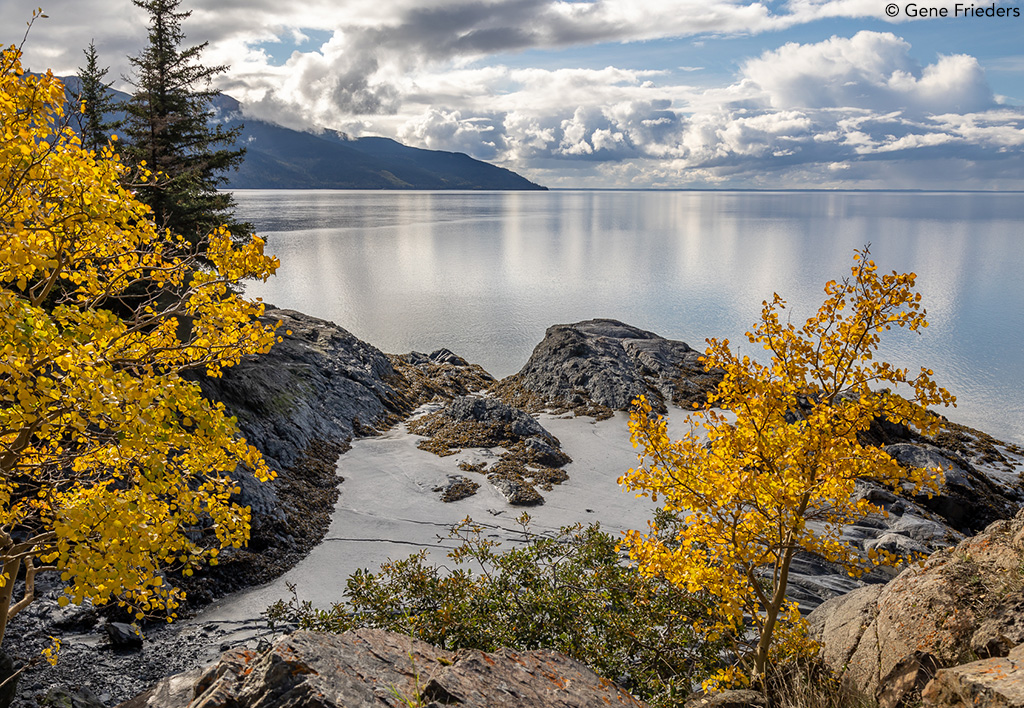 Gene had an eye for landscapes on this year’s Alaska tour. He asked that we stop at a pullout during our drive south toward Seward, and found this lovely autumn scenery. 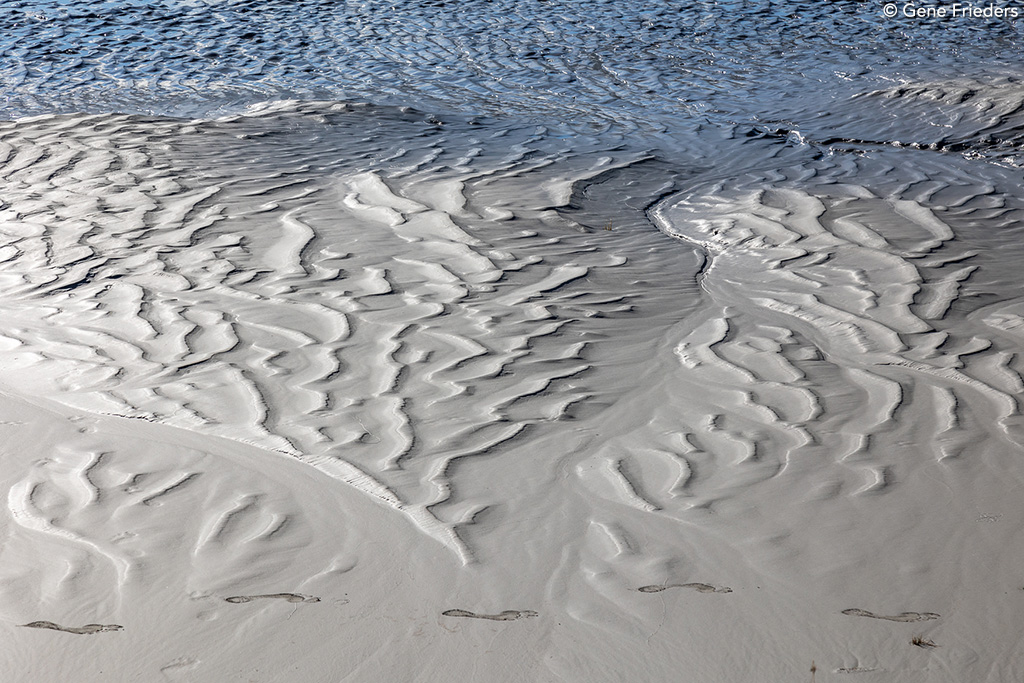 Gene and I may have been the only ones to be attracted to these patterns on an Alaska beach. I pulled out my phone… he did the proper thing and used a real camera. 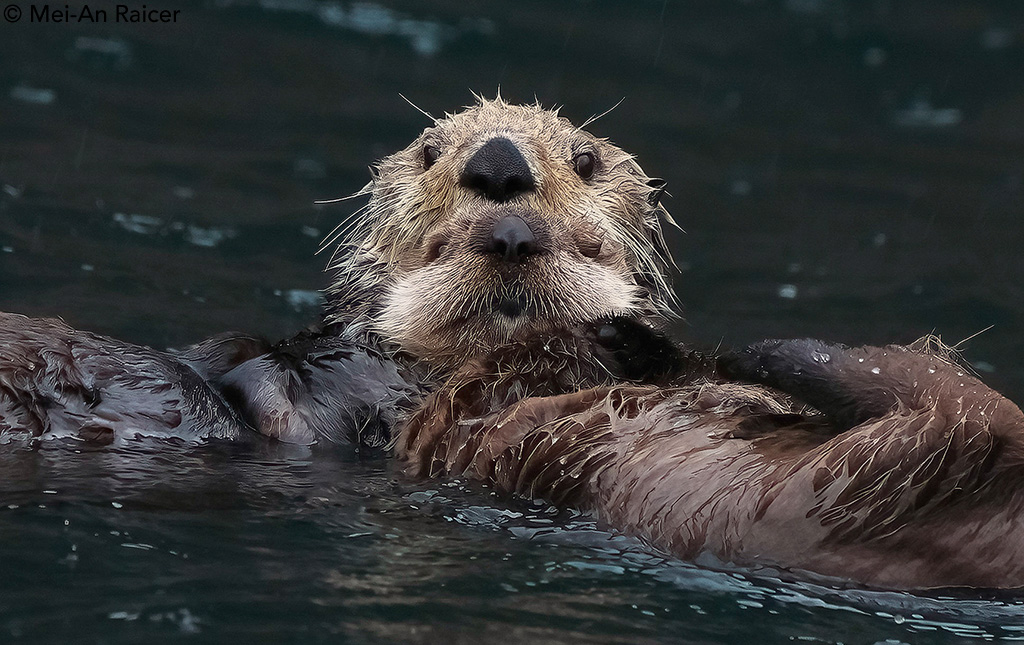 The Alaska tour kicked off with a boat excursion in Kenai Fjords National Park. The highlight? Sea otters! Mei-An zoomed in to capture this cute family portrait. 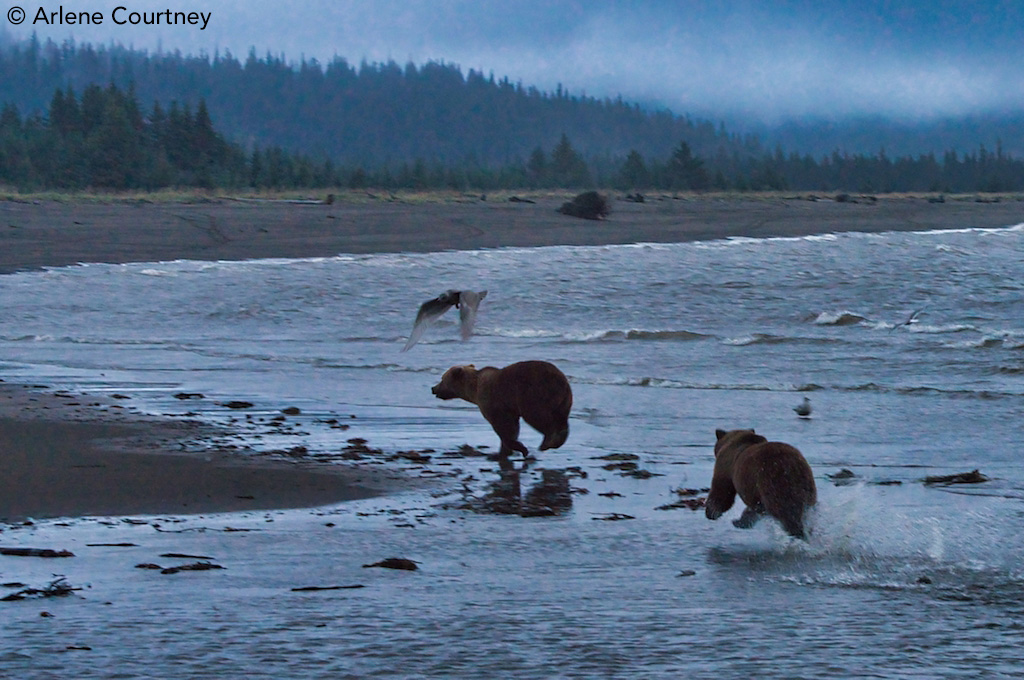 It was REALLY dark on the beach at this point, so I’m impressed that Arlene was able to nail our one action-packed moment of the Alaska trip. The gull photobomb is a nice touch in this chaotic scene. 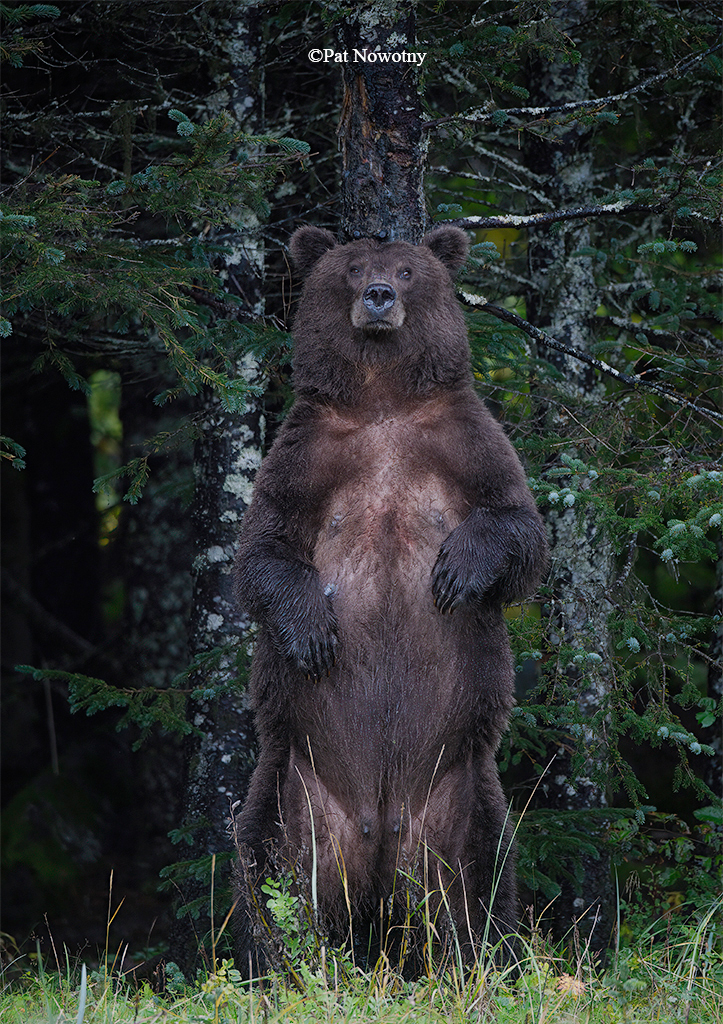 A brown bear sow scratches her back against a tree. Moments later, one of her cubs would emulate mom and try the same thing on a sapling! 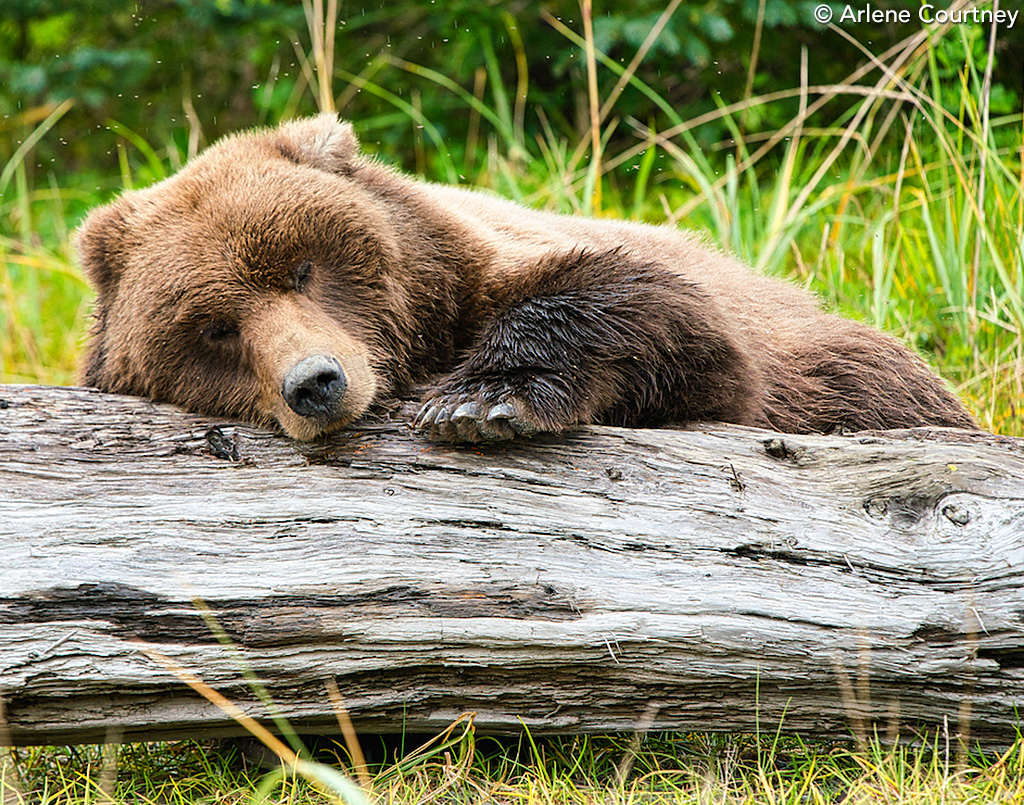 Another sow was a bit more relaxed. 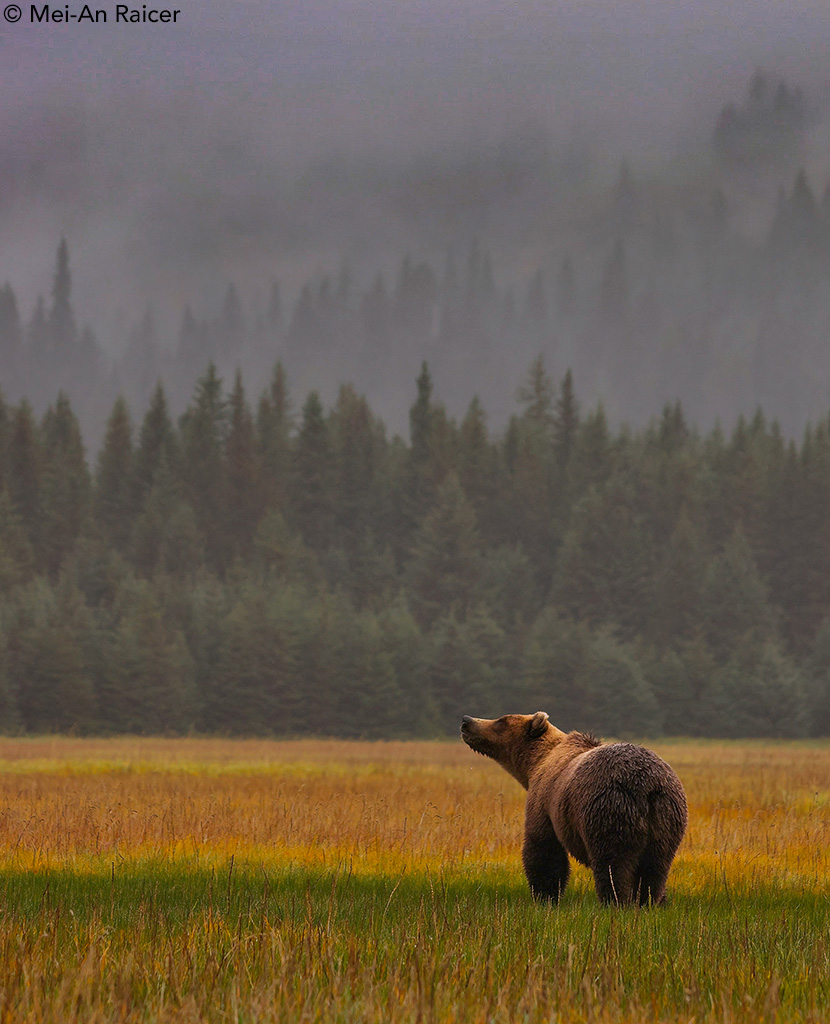 The bears spent a lot of time grazing in the coastal meadows. Fog and low clouds made for some nice, moody scenes like this one captured by Mei-An. 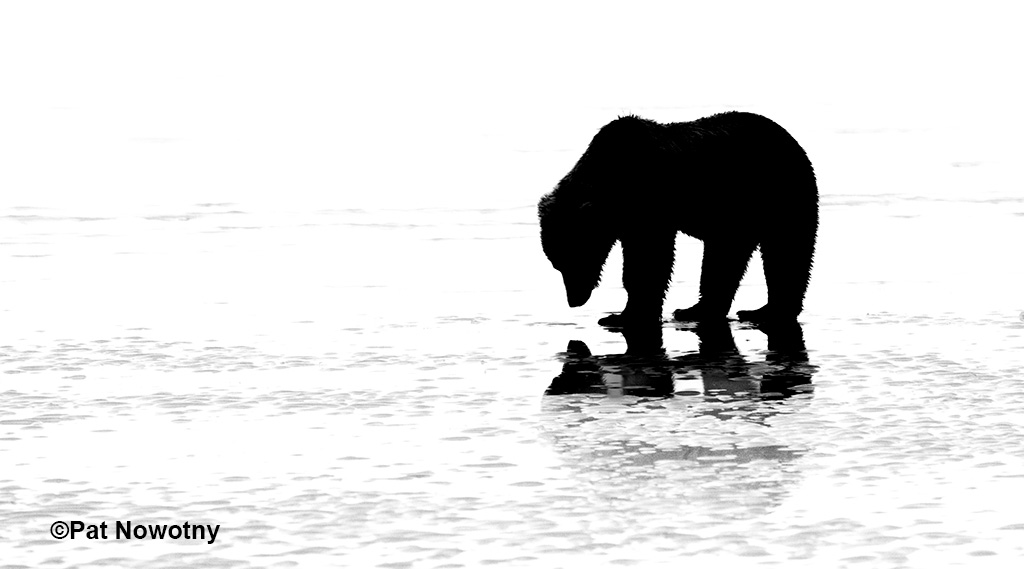 On our final day in Alaska, we finally got a bear on the beach digging for clams.

Best of 2022: My Favorite Images and Moments of the Year

Sharing the Top Work From My Peers in 2022

My 2022 Favorites in Entertainment and Literature